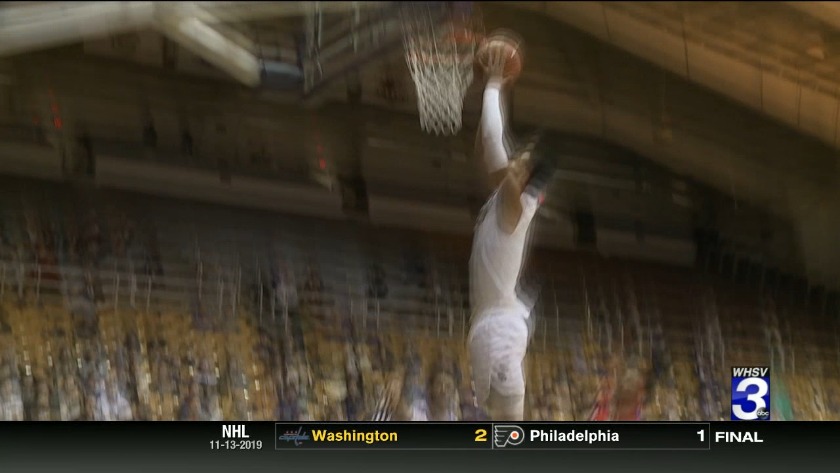 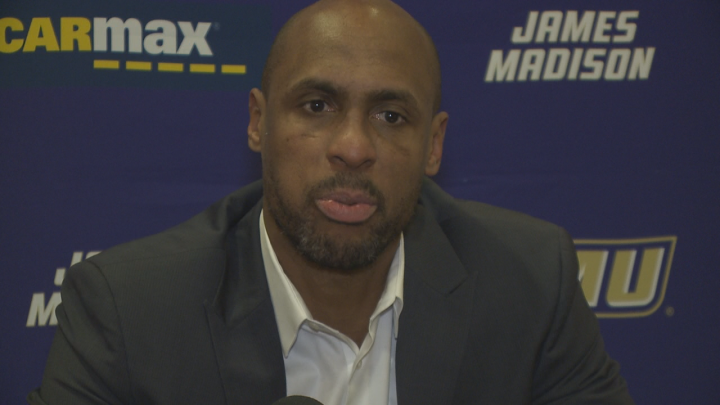 Junior forward Zach Jacobs posted his own double-double, his first of the season, with 11 points, 14 boards and four blocks in just 21 minutes, while freshman Julien Wooden made his scoring debut in style, racking up 16 points on 7-of-8 shooting to go with six rebounds and a pair of blocks.

After the teams traded the lead in the early minutes, the Dukes ripped off 17 straight points starting at the five-minute mark to push the lead to 39-23 at the break. On the other side of halftime, JMU had a separate 19-0 run that concluded with a Christmas dunk to make it 62-27 and put the game out of reach.

QUOTING THE DUKES
"We need to find ways to play with energy consistently, but I was really glad that our freshman got to play some meaningful minutes. We needed their energy and needed them to come in and pick us up a little, so that was great to see."
Head Coach Louis Rowe

"It felt good. I just wanted us to come out and bounce back, so I knew we needed to bring the energy and the bounce at home."
Freshman forward Michael Christmas

"It was great to see [five freshmen] on the floor. We're going to need these guys later in the season, so it was awesome for them to bring that energy. They come in to work every day and we have a great freshman class here."
Sophomore guard Deshon Parker

QUICK FACTS
- JMU pulled down a staggering 60 rebounds on the evening, the most for the program since a 103-55 win over Southeastern on Nov. 30, 1977.
- Sophomore guard Deshon Parker and freshman guard Quinn Richey each joined the double-digit scoring group, tallying 13 and 11, respectively.
- The Dukes grabbed 15 steals on the evening, their most since an identical number against East Tennessee State on Dec. 5, 2012.
- Freshman guard Zyon Dobbs came off the bench to rack up nine points, three boards, four assists and five steals in his longest collegiate stint thus far.
- The Dukes tallied 20 assists, 15 steals and 11 blocks on the evening, all marking the most for JMU under Head Coach Louis Rowe.

UP NEXT
The Dukes will hit the road for the weekend, traveling north to Fairfax, Va. to renew their rivalry against George Mason with a 7 p.m. matchup on Saturday, Nov. 16. The game will be the 95th time the two schools have met, with the all-time series tied at 47-47.