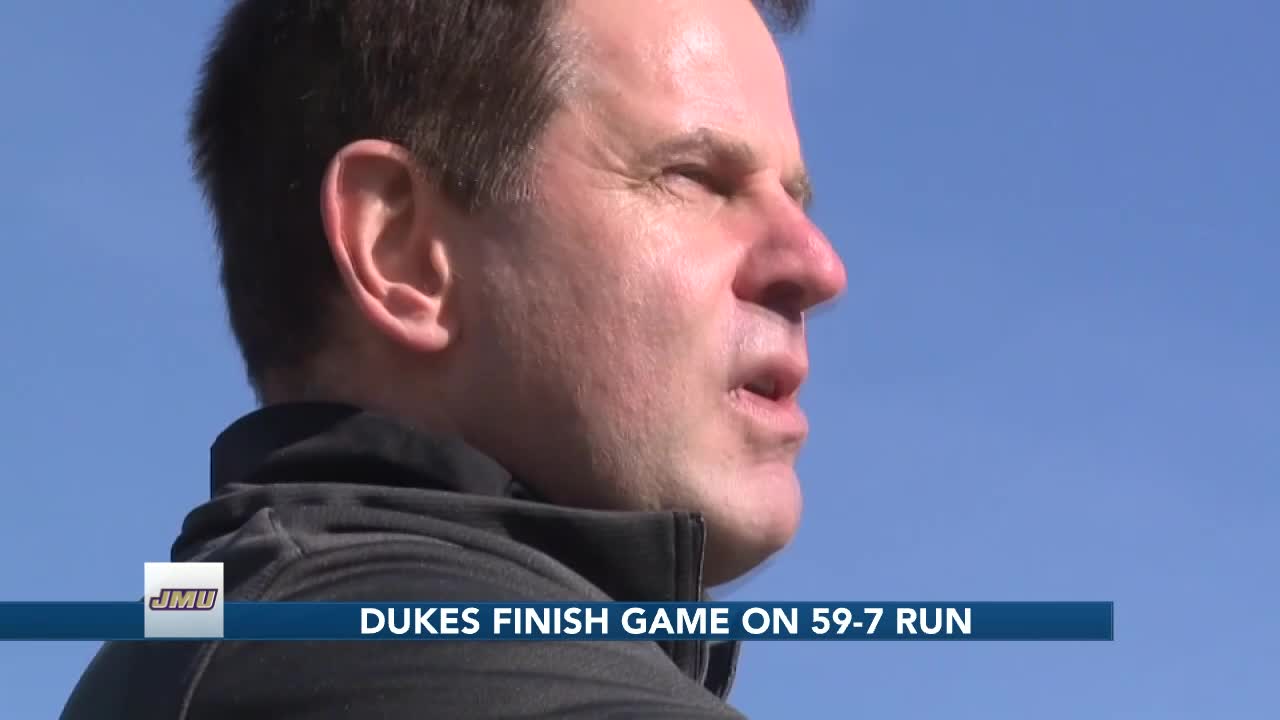 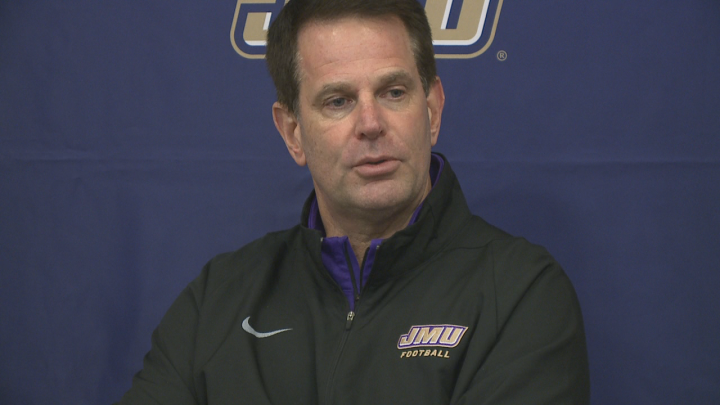 HARRISONBURG, Va. -- Second-seeded James Madison accumulated over 600 yards of total offense, including 332 on the ground, as the Dukes routed No. 14 Monmouth 66-21 on Saturday afternoon at Bridgeforth Stadium/Zane Showker Field in the second round of the FCS playoffs.

The Dukes won their 12th straight game, improving to 12-1, as they advance to next week's FCS quarterfinal against sixth-ranked Northern Iowa. Monmouth's season came to an end at 11-3.

JMU registered playoff program records in both points and total yards, as it out-gained the Hawks by a margin of 623-266.

Seven different players accounted for touchdowns, led by Ben DiNucci, who was 21-of-25 for 273 passing yards and two touchdowns, while rushing for 66 yards and two scores. His 339 total yards was a career high and his completion percentage (.840) was a JMU playoff record.

DiNucci's most prolific target was Riley Stapleton, who had season bests of seven receptions for 87 yards. Brandon Polk made six grabs for 83 yards and a touchdown, extending his touchdown streak to eight straight games. He also surpassed the 1,000-yard mark for the season on his 49-yard touchdown catch. Polk is just the second JMU player to reach 1,000 yards, as he sits at 1,062. Jake Brown also caught a touchdown pass, reeling in four catches for 38 yards.

John Daka led the defense with six tackles, to go with 3.5 tackles for loss, 2.0 sacks, a forced fumble and a blocked punt. With his back-to-back sacks in the third quarter, Daka set the JMU single-season record with 14.5 sacks, surpassing Sage Harold's 13.5 in 2014.

Dimitri Holloway also tallied six stops with a tackle for loss and breakup, and Ron'Dell Carter has 1.5 tackles for loss and a sack. The lone takeaway of the game came in the fourth quarter on a 79-yard pick-six by Charles Tutt, who scored his first career touchdown with his second career interception.

JMU converted on 69.2% of third-down attempts (9/13) while limited Monmouth to 30% on third down (3/10). The Dukes also went 2-for-2 on fourth down and stopped MU on its only fourth-down attempt. They also took care of business in the red zone, scoring on all six trips inside the 20 – all of which were touchdowns.

KEY MOMENTS
JMU put points on the board on 10 different occasions on their way to scoring 66 points. The Dukes took their first lead with 4:21 left in the first quarter, opening up a 21-14 advantage.

After Monmouth rallied to tie it at 21, JMU got back on top with the first of DiNucci's two rushing scores, giving the Dukes the lead for good at 28-21 with 11:49 left in the first half. That drive sparked a 45-point scoring run, as the Dukes led 38-21 at the break and outscored the visitors 28-0 over the final 30 minutes.

GAME FACTS
» JMU outgained Monmouth 623-266, including a 332-93 advantage on the ground and a 291-173 lead in the pass game.
» JMU won the turnover battle 1-0 after picking off one pass, returning it for a touchdown.
» JMU tallied 38 points in the first half, which is the second-most by JMU in a single half in playoff history.
» JMU gave up zero points in one Monmouth trip to the red zone and held the Hawks off the scoreboard over their final seven drives.
» The Dukes didn't allow a sack in the contest while registering three against MU's Kenji Bahar.
» JMU dominated the time of possession battle by a margin of 42:44 to 17:16.
» The Dukes ended the game on a high note, scoring 45 unanswered points to close out the contest.
» Kenji Bahar led the Hawks' passing attack, completing 16-of-32 attempts for 173 yards and one touchdown with one interception.
» Pete Guerriero led the Monmouth rushing attack with 107 yards and one touchdown, which included a 93-yard touchdown on the game's first play.

UP NEXT
JMU advances to the FCS quarterfinals where it hosts #6 Northern Iowa. Kickoff date and time will be announced later on Saturday night.