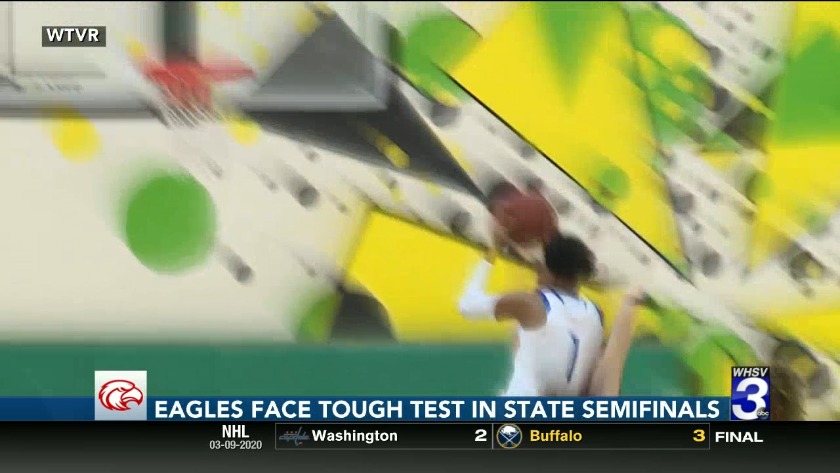 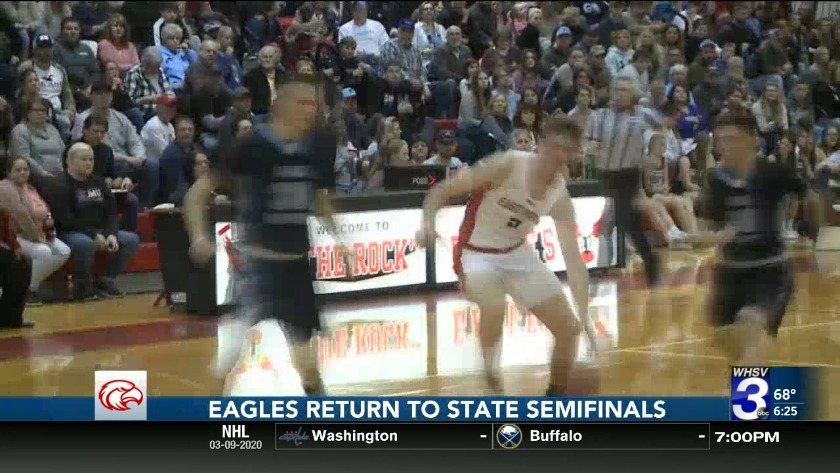 East Rock back in state semifinals

ELKTON, Va. -- The East Rockingham boys basketball team is preparing for a tough test in the semifinals of the VHSL Class 2 State Tournament.

The East Rockingham boys basketball team is preparing for a tough test in the semifinals of the VHSL Class 2 State Tournament.

The Eagles will meet John Marshall at Spotswood High School Tuesday night for a 7 p.m. tip-off. Marshall enters the game with a 22-2 overall record. The only losses for the Justices have come to Sierra Canyon out of California and McEachern from Powder Springs, Georgia. Sierra Canyon's roster features Bronny James and Zaire Wade, the sons of NBA stars LeBron James and Dwyane Wade.

John Marshall is led by 6'10" junior center Roosevelt Wheeler. He is ranked as the No. 7 center and No. 41 recruit overall in the 2021 recruiting class by Rivals.

"We understand how good they (John Marshall) are but we are 27-2 overall for a reason also," said East Rockingham head coach Carey Keyes. "So we are going to come to play and it's going to be one possession at a time."

East Rock has been one of the top teams in the Shenandoah Valley and the Commonwealth of Virginia throughout the season. The Eagles have a Division I recruit in sophomore forward Tyler Nickel to go along with standout point guard Tyce McNair and a number of solid role players.

"It's a big challenge," said Nickel, when discussing Tuesday's matchup with John Marshall. "I feel like no one believes that we can beat them, outside of ourselves...But I kind of like being the underdog in this type of situation."

The winner of Tuesday night's game advances to the VHSL Class 2 State Championship game Thursday afternoon at the Siegel Center in Richmond.