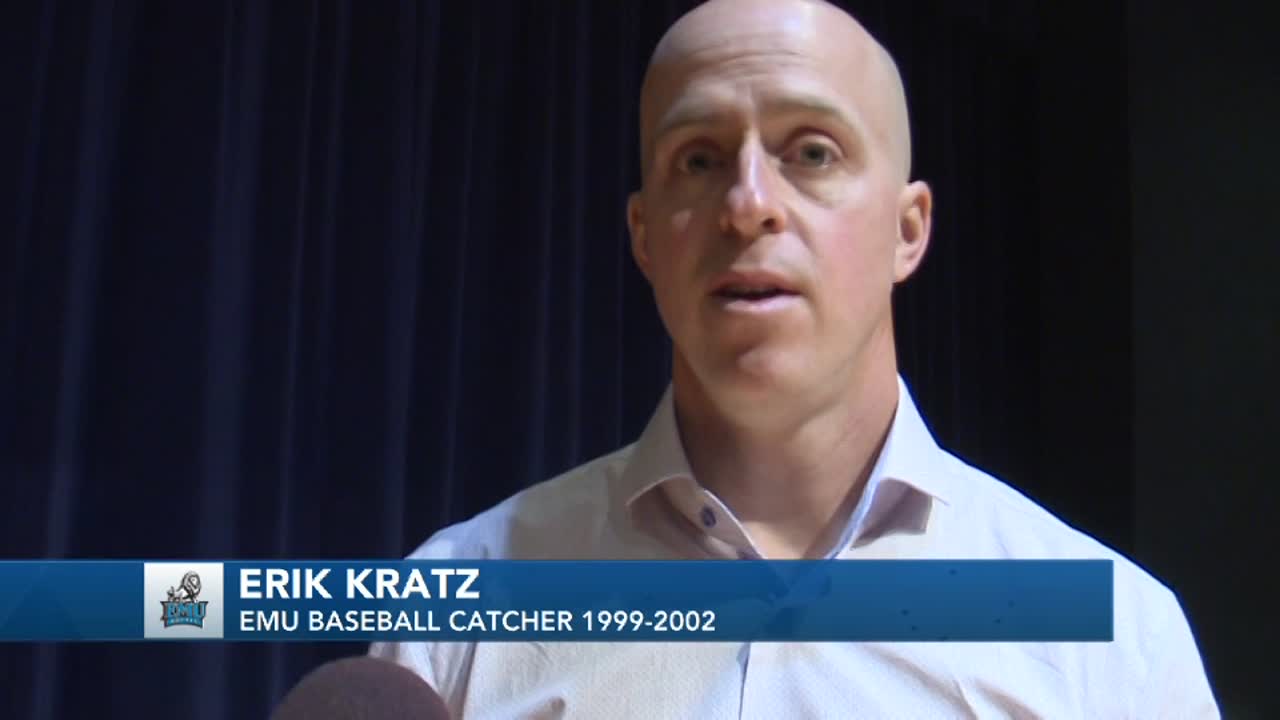 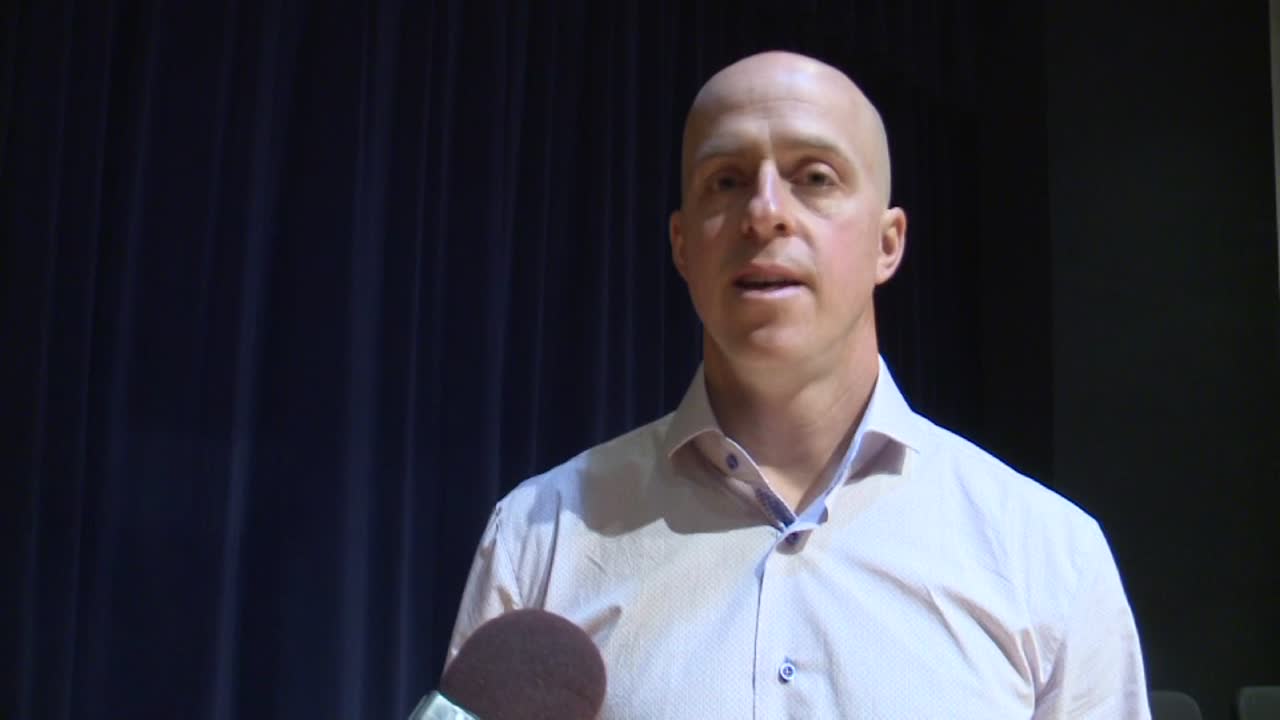 HARRISONBURG, Va. (WHSV) -- Erik Kratz, who graduated from Eastern Mennonite University in 2002, was honored as the EMU alumnus of the year on Saturday.

Erik Kratz played for EMU baseball from 1999-2002. On Saturday, he was named the EMU alumnus of the year.

Kratz, a catcher, has enjoyed a long and successful MLB career and is thankful for the four years he spent in Harrisonburg.

"I got an opportunity to play baseball, to get a degree and work towards something that was meaningful in my life," Kratz told WHSV. "The EMU community has been a part of this journey, it's really cool to come back and revisit that and see the people that mean the most to me."

It has been an impressive past year for Kratz. Last season, he was instrumental in the Milwaukee Brewers' run to the National League Championship Series. Recently, he was named to the team USA squad that is expected to compete in the 2020 olympics in Tokyo.

Kratz was inducted into the EMU sports hall of fame in 2012. His number 14 jersey is retired by EMU and he was a two-time ODAC player of the year.