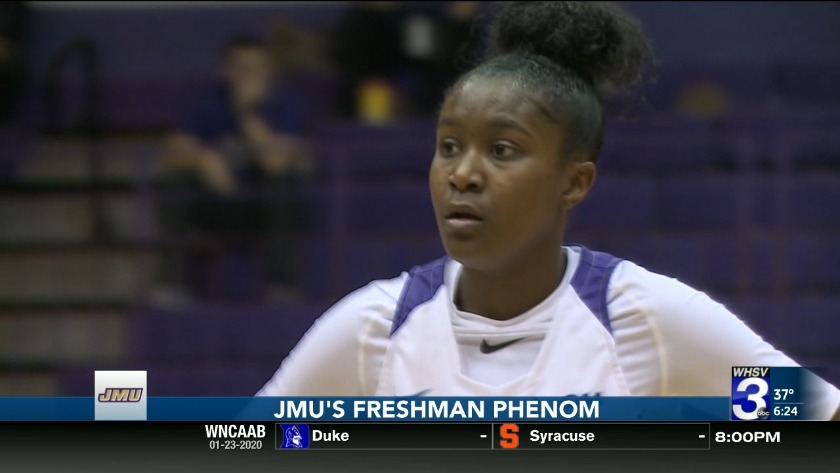 Freshman phenom Jefferson off to fast start for Dukes 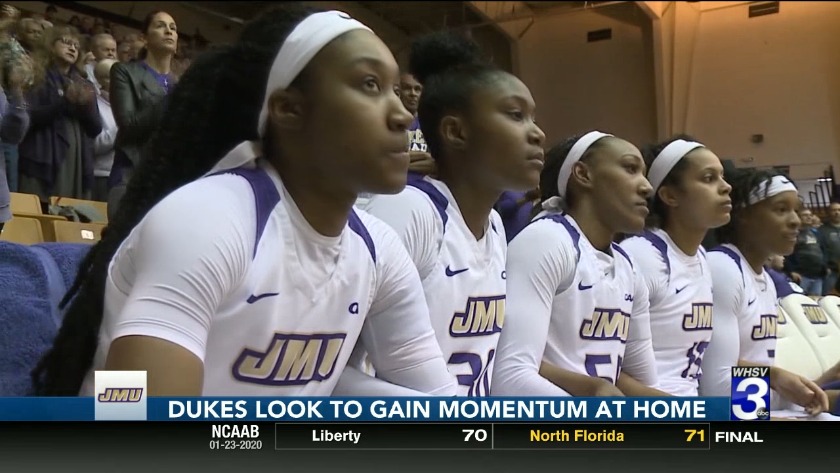 Dukes look to gain momentum with home games this weekend

HARRISONBURG, Va. -- James Madison freshman guard Kiki Jefferson is off to a strong start to her college basketball career.

JMU freshman Kiki Jefferson has been named CAA Rookie of the Week five times during the 2019-2020 season.

"What she has really brought to us is an extra level of enthusiasm and excitement and that's something that's invaluable to our team," said JMU head coach Sean O'Regan.

Jefferson has started 13 of JMU's 16 games and ranks fourth on the team in scoring at 7.8 points per game. She is second on the squad in rebounding with 6.3 boards per contest.

"Coming in we played pick up early in the summer," said Jefferson. "I wasn't really feeling it but then (the team's trip to Europe) really showed that I could play with this team."

While she's been an impact player from the start of the season, there is still plenty of room for Jefferson to grow and develop on the court.

"In another month, another month and a half she's going to be that much better so I am excited," said O'Regan.

JMU is back in action Friday night when the Dukes host Hofstra for a 7 p.m. tip-off at the Convocation Center.