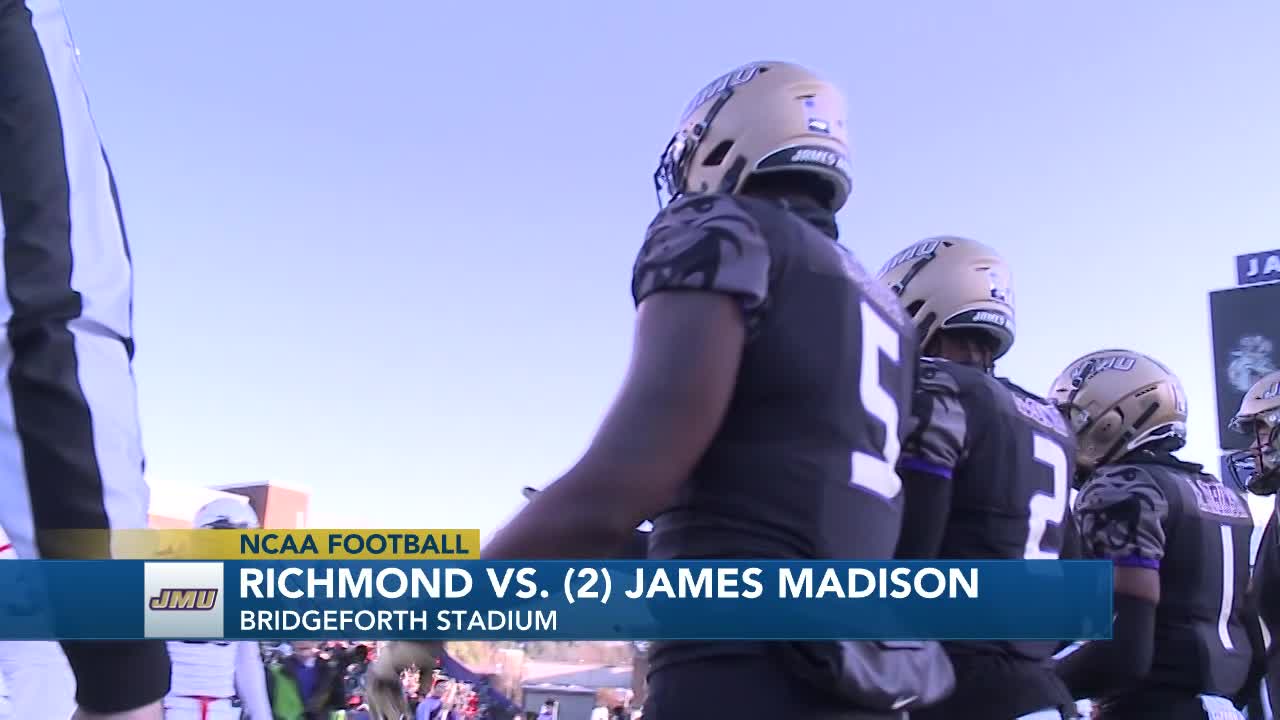 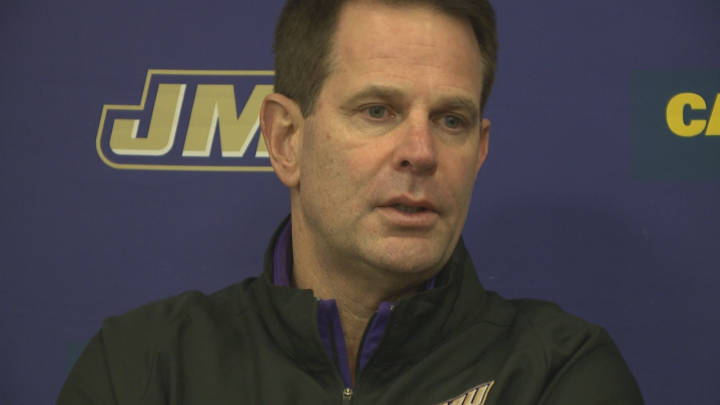 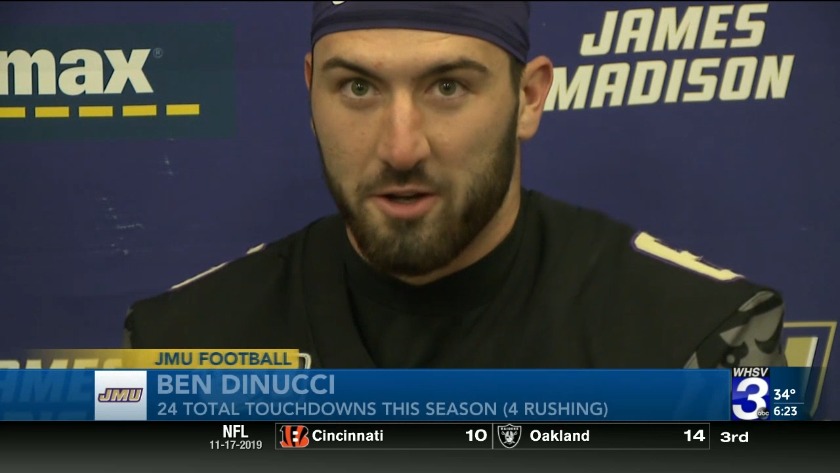 The Dukes improved to 10-1 on the year and 7-0 in Colonial Athletic Association play, while the Spiders fell to 5-6 and 4-3. It was JMU’s 10th straight victory and the fourth against Richmond. It is just the third time in series history a team has won four straight and the first since JMU won five in row between 1987 and 1991.

Ben DiNucci led JMU's passing attack, throwing 11-of-13 for 179 yards and three touchdowns without throwing an interception. The signal caller also added 39 yards and one touchdown on the ground to tie his season high for total touchdowns.

Jawon Hamilton paced the rushing attack with 80 yards, averaging 8.0 yards per carry. Percy Agyei-Obese also added 55 yards and one touchdown on the ground for his 13th of the season, tying him for fifth in JMU single-season history.

For the third straight week, Brandon Polk surpassed the century mark, making four receptions for 104 yards and a touchdown, which came on an 80-yard pass – both a career-long pass for DiNucci and career-long catch for Polk. Riley Stapleton had a season-best six catches for 72 yards and two touchdowns, tying his career high.

Defensively, Dimitri Holloway recorded a season-high 15 tackles, to go with 1.0 tackle for loss, a half sack and one fumble recovery. Wayne Davis added eight tackles, 1.0 TFL, and an interception, and Ron'Dell Carter tacked on four tackles, 2.0 TFL, 1.5 sacks and three QB hurries in the win. Rashad Robinson also contributed seven tackles and a career-high 2.0 TFL.

The Dukes won the turnover battle, forcing four turnovers while avoiding any giveaways. JMU also blocked a punt when Bryce Maginley got to the punter on a botched snap. The Dukes turned the four turnovers into 17 points, which included the first 10 points of the game.

JMU put together a stellar showing on the ground, rushing for 235 yards and 5.0 per carry, out-rushing the Spiders by 174 yards (235-61). JMU scored on all seven trips to the red zone, scoring five touchdowns, while holding Richmond to 2-of-3, conceding a pair of field goals.

KEY MOMENTS
Richmond was driving to take the early lead, but Wesley McCormick forced a fumble at the one, and Holloway recovered in the end zone for a touchback. On the ensuing play, DiNucci went deep, connecting on an 80-yard touchdown to Polk. After Richmond fumbled the next kickoff, JMU took a 10-0 lead on an Ethan Ratke field goal. JMU tacked on two more touchdowns while getting big stops in the red zone to hold UR to a pair of field goals, making it 24-6 at the half. JMU scored all 24 points in the second half, with three different players finding the end zone.

GAME FACTS
» JMU outgained Richmond 423-265, including a 235-61 advantage on the ground.
» JMU won the turnover battle 4-0 after intercepting one pass and recovering three fumbles.
» The Dukes scored first with 7:27 remaining in the first quarter and never trailed the rest of the game on their way to victory.
» JMU converted 5 of 11 third downs while Richmond was successful on 3 of 11.
» JMU’s 80-yard touchdown pass was the longest through the air since Vad Lee’s 93-yard touchdown to DeAndre’ Smith at Richmond on Nov. 15, 2014.
» JMU gave up just six points in three Richmond trips to the red zone.
» The Dukes collected 10 tackles for loss and added two sacks.
» DiNucci completed 84.6% of his passes on the day, going 11-for-13 while averaging 13.8 yards per attempt.
» Joe Mancuso led the Spiders’ passing attack, completing 18-of-30 attempts for 204 yards with one interception.
» Charlie Fessler was Richmond's leading receiver with 92 yards on six catches.

· DiNucci scored four total touchdowns, three passing and one rushing, which tied his season-high for total touchdowns in a game. He also moved to seventh place in JMU single-season history with 20 touchdown passes in 2019, while also surging to sixth in JMU career passing scores, with 36.

· Agyei-Obese rushed for his 13th rushing touchdown of the season, which is tied for fifth in JMU single-season history with Khalid Abdullah (2015).

· Ratke knocked down two more field goals to set the JMU single-record with 18 field goals, surpassing his 2018 record of 17. He’s also tied for sixth all-time in CAA history with 49 made field goals.

UP NEXT
JMU is back in action on Saturday, Nov. 23 when it travels north to face Rhode Island in the regular-season finale. Kickoff is set for noon at Meade Stadium.