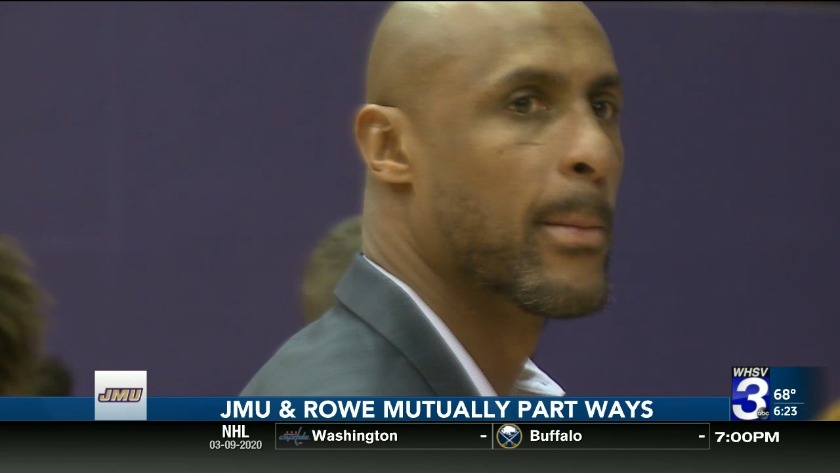 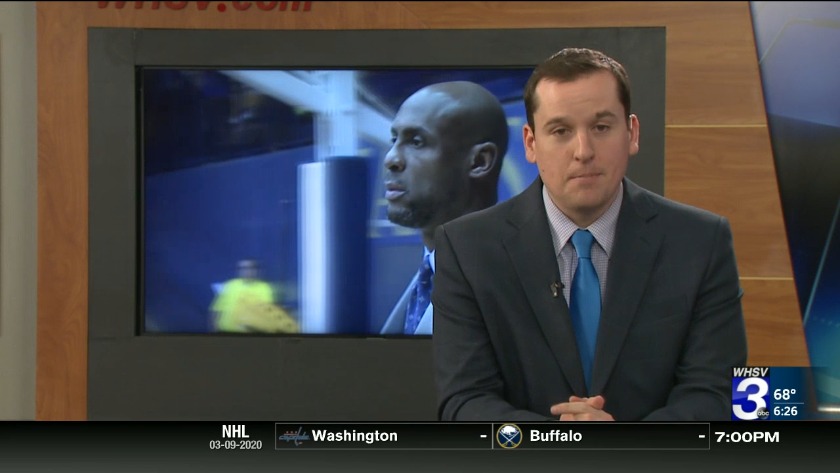 According to a press release sent by James Madison Director of Athletics Jeff Bourne, the university "has mutually parted with Louis Rowe as men’s basketball head coach."

“You won’t find many individuals who love this institution and this basketball program more than Louis Rowe,” Bourne said. “He poured his heart and soul into this program, and his student-athletes have represented JMU Athletics well on and off the court and in the classroom. That said, the competitive expectations for this program are high, and a change of direction is necessary in order to meet those goals.”

Rowe declined to speak on camera at this time but did tell WHSV he is thankful for the opportunity to coach at JMU.

"I love JMU," said Rowe. "The fans, the team, the administration. I want JMU to be great. I feel like this (current) team is talented and if they can get through to the other side, they can be great."

Rowe was named head coach at his alma mater back on March 31, 2016. After four seasons with the program, the Dukes had a 43-85 record, including 21-51 in conference games.

"I had tremendous support," said Rowe. "I am thankful for that."

JMU finished the most recent regular season with a 9-20 overall record and 2-16 mark in conference play to end up as the No. 10 seed in the 10-team CAA tournament.

But that wasn't stopping Rowe from keeping a positive attitude when speaking with media and interacting with fans.

Moving forward, JMU has secured Collegiate Sports Associates as a search consultant to assist with the process of hiring a new head coach.

JMU men’s basketball will move into the brand-new Atlantic Union Bank Center for the 2020-21 season, having played its final home game in the JMU Convocation Center on February 22. The new venue will seat 8,500 for basketball games and features multiple upgrades, including LED video technology, premium seating options and significantly enhanced program spaces, such as locker rooms, video classrooms, a practice gym, a nutrition station, a strength and conditioning area and the UVA Orthopedics sports medicine suite.

“JMU Athletics has been achieving at a high level across the board when you look at our entire sports portfolio," Bourne said. "It is critical that men’s basketball be part of that success in order for our department to truly thrive. With the opening of the Atlantic Union Bank Center, it is essential that men’s basketball realize the full potential of that program. That starts with having the right coach in place as a result of this search.”