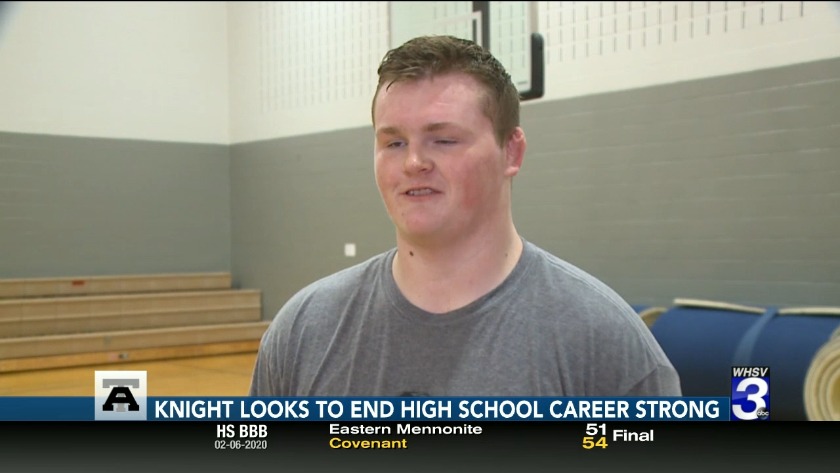 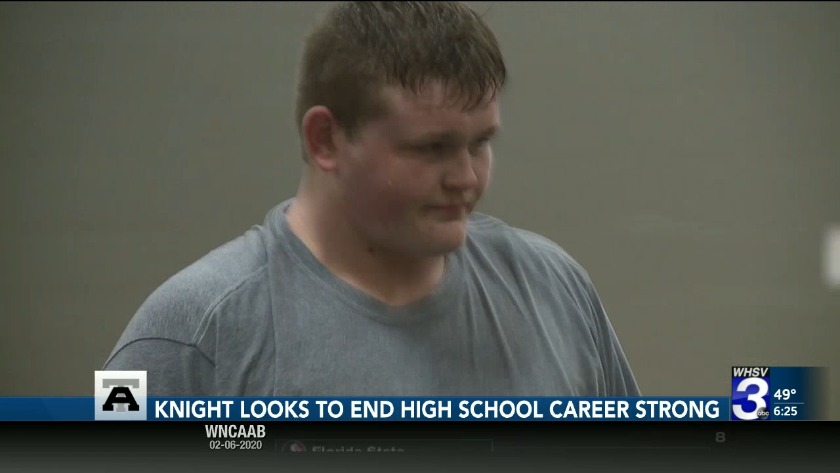 Turner Ashby senior standout wrestler Jessie Knight is closing in on the end of his high school wrestling career.

Knight and his teammates are preparing for the Region 3C competition this Saturday at Liberty High School in Bedford. TA is sending 10 wrestlers to compete in the event with the group headlined by Knight.

"I feel like I am in a pretty good spot," said Knight. "I just gotta stay confident and believe I can just work through my situations and wrestle my hardest."

Wrestling in the 285-pound weight class, Knight is considered one of the best in the state of Virginia. He is the reigning Class 3 state champion and has already signed to continue his wrestling career at Virginia. However, he has only wrestled 11 matches this season after missing time due to a thumb injury that occurred during football season.

While Knight has only wrestled 11 times, he is 11-0 and already claimed the Valley District title in his weight class. He is one of the top contenders to win the Class 3 state title again in 2020 and end his high school career on a high note.

"I really want to set an example for all the younger kids and my little brother and my teammates," said Knight. "I just want to show them that hard work really does make your dreams come true."