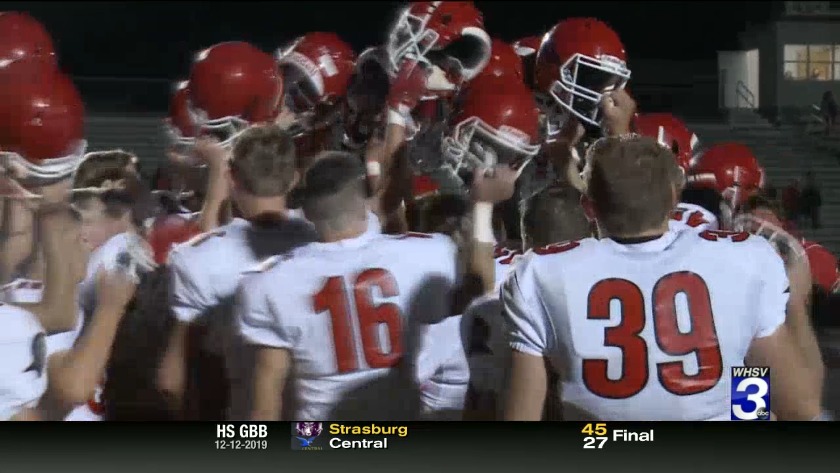 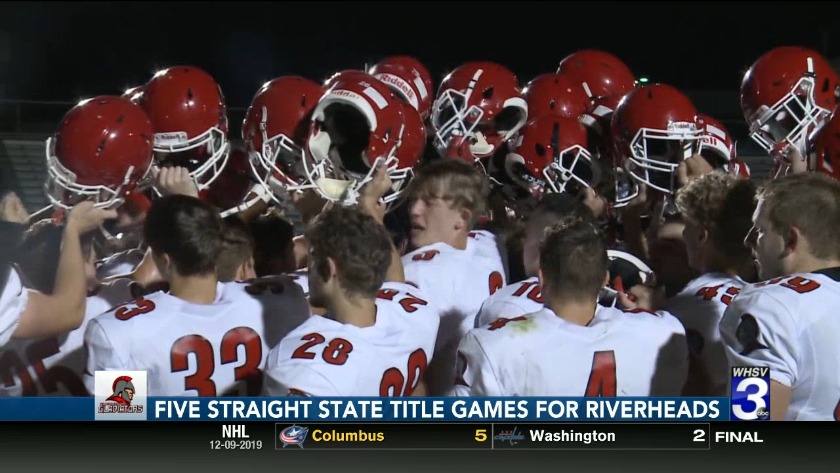 Riverheads back in state title game for fifth straight year

STAUNTON, Va. -- The Riverheads football team is preparing to play in the VHSL Class 1 state title game for a fifth straight season.

Riverheads is preparing to take on Galax in 2019 VHSL Class 1 state title game.

The Gladiators earned a spot in the 2019 title game with a 56-15 victory over Essex this past Saturday in the state semifinals. Riverheads is now 14-0 overall.

"I think it doesn't matter if you are the New England Patriots or whoever. At all levels, if you have accomplished this for five straight years it's a pretty amazing thing," said Riverheads head coach Robert Casto. "To sit back and look and say we have been here five times in a row when most folks just dream of being there one time. It's special for our kids and the hard work they have put in and the dedication they have had to this football program."

Riverheads is now preparing to play Galax for the state title. The two programs have a recent history in the state playoffs with meetings in 2015 and 2016. The Galdiators defeated the Maroon Tide in the 2016 state semifinals on their way to a state title. Galax got the better of Riverheads in the 2015 VHSL Class 1 state title game by winning a low-scoring affair, 7-6, to claim the championship.