Smalls selected by Indiana in third round of WNBA Draft 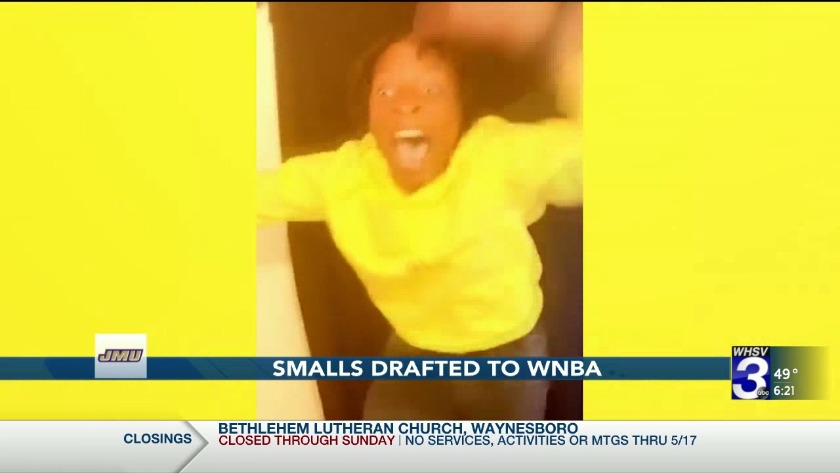 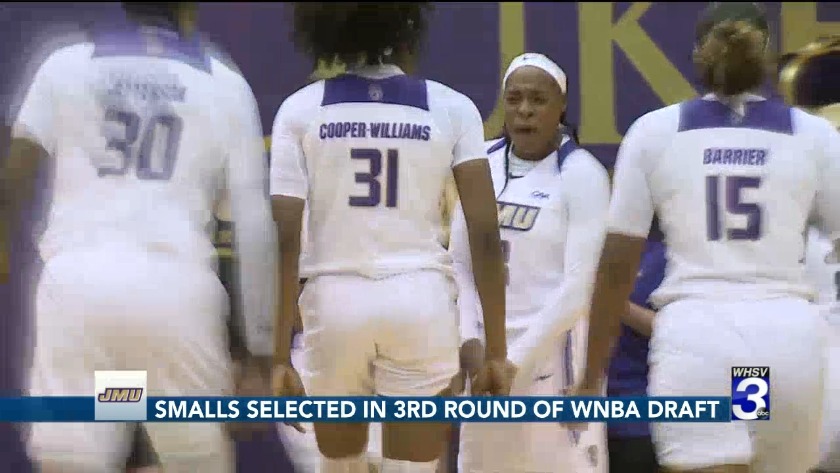 Kamiah Smalls selected in third round of WNBA Draft

James Madison guard Kamiah Smalls was selected by the Indiana Fever in the third round of the WNBA Draft Friday night.

Smalls, native of Philadelphia, Pa., is the fourth Duke in program history to be drafted into the WNBA, following the footsteps of Tamera Young (2008), Lauren Okafor (2015) and Jazmon Gwathmey (2016).

The 2019-20 Colonial Athletic Association Player of the Year and All-CAA First Team selection posted a dominant career at JMU as she departs to play professionally with her name in nine all-time top-10 lists.

For her career she is a three-time All-CAA First Team selection, two-time CAA Preseason Player of the Year, was the unanimous CAA Rookie of the Year in 2016-17 and also made the CAA All-Rookie Team.

In her final season with the Dukes, the draftee finished the year averaging 18.6 points per game, second in the CAA while shooting 47.1 percent (187-of-397) from the field, good for the fourth-best percentage in conference.

Additionally, Smalls finished second in free-throw percentage (87.4 percent), 10th in assists (2.9) and has posted these stats in only 30.5 minutes per game, 16th in conference. She was named the CAA Player of the Week on four occasions, the most by a player this past season.