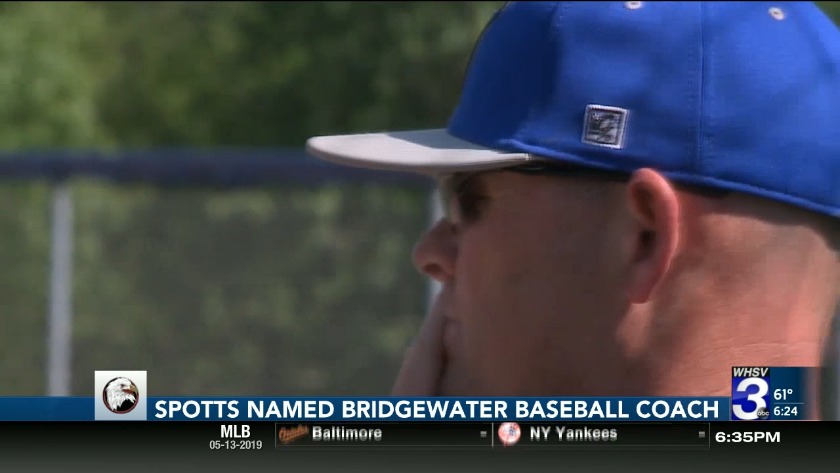 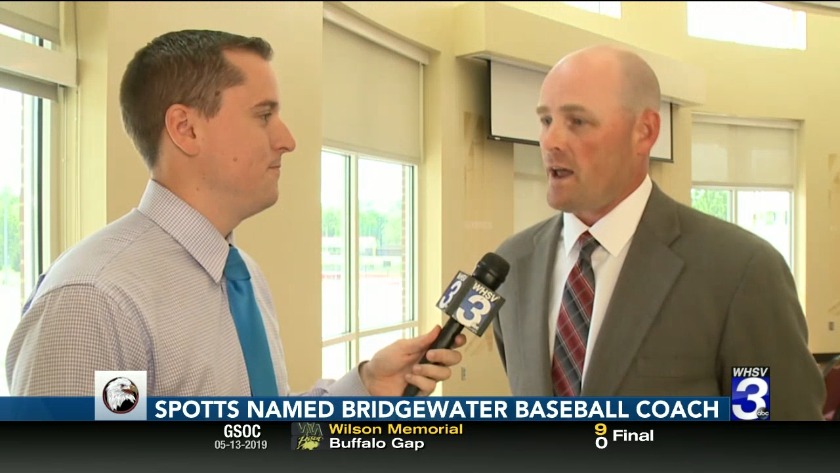 BRIDGEWATER, Va. -- Former Bridgewater College player and assistant coach Ben Spotts will return to his alma mater to take the head coaching position with the Eagles' baseball program. Spotts was introduced as the program's new head coach during a Monday afternoon press conference in the College's Nininger Hall President's Suite.

Spotts takes over for Curt Kendall who stepped down as the program's head coach at the end of the 2019 season after 34 seasons at the helm. Kendall will remain at the College as director of athletics.

"I am extremely excited for Ben to return as our next head baseball coach. He was a player and an assistant in the program for a combined 18 years and has a good understanding of what it will take to move our program forward in a very competitive ODAC Conference," said Kendall. "His seven years as a head coach at Eastern Mennonite has helped him develop the skills necessary to lead our program."

Following his playing career at Bridgewater College, Spotts was an assistant coach on the Eagles' staff for 14 seasons. During his time as an assistant, the Eagles won five ODAC championships and made six trips to NCAA regional play. As the program's recruiting coordinator, Spotts recruited 17 All-ODAC first-team performers and three ODAC Rookie of the Year award winners.

As a player and coach at Bridgewater, Spotts was part of 469 victories and eight championships.

Spotts was the head coach at Eastern Mennonite for seven seasons. In his second season at EMU, the Royals finished with a 20-19 overall record, just the third 20-win season in program history. The Royals played .500 ball in the ODAC during the 2015 season, Spotts' third as the program's head coach. The 2015 squad finished with a 10-10 ODAC record and qualified for the conference tournament for the first time since the 2002 season. Spotts was named the 2015 ODAC Coach of the Year.

In his final season at EMU, the Royals were 10-12 in ODAC play and 16-23-1 overall. Eastern Mennonite qualified for the 2019 ODAC tournament as the No. 8 seed and lost in the opening round to nationally-ranked Randolph-Macon.

Spotts graduated from Bridgewater College with a degree in History and Political Science. He has a master's degree in Kinesiology/Emphasis in Athletic Administration and Coaching from James Madison University.

Spotts and his wife, Angie, reside in Bridgewater with their four children: Landon, Brady, Allie and Rylan.