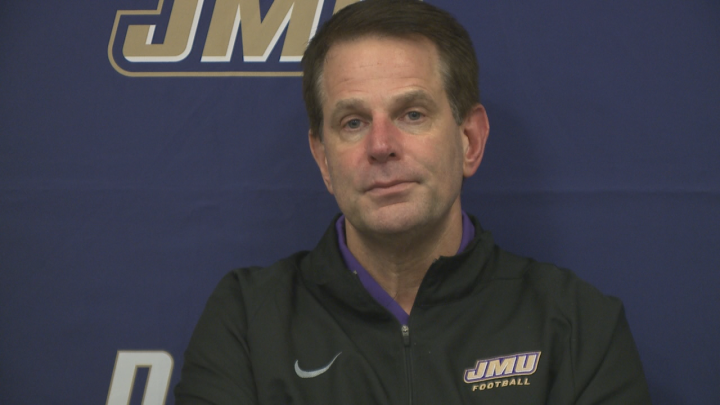 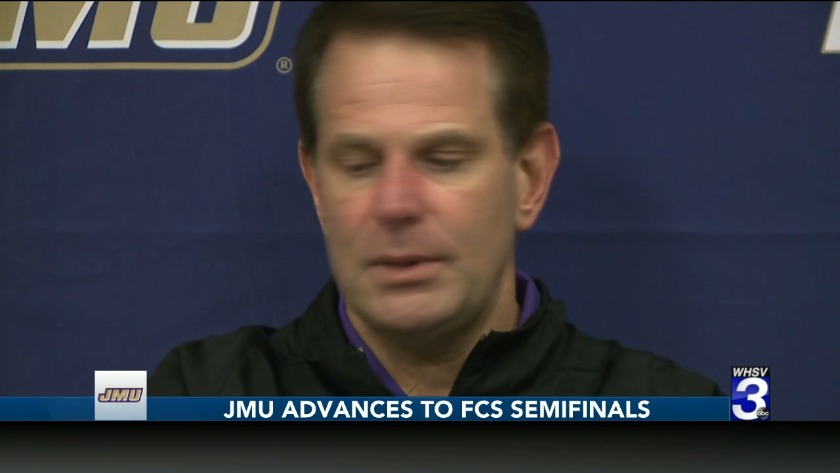 The Dukes won their 13th straight, improving to 13-1 on the year, while the Panthers' season ended at 10-5. JMU advances to the national semifinals for the fifth time, as it sits one win away from reaching the national title time.

JMU recorded its first shutout in playoff history, limiting UNI to just 114 total yards and zero rushing yards, both programs records in the postseason. The Panthers failed to reach midfield until the final drive of the game, as JMU held the visitors to just 2-of-12 on third down and 0-of-2 on fourth down.

Ben DiNucci was 19-of-28 for 157 yards and a touchdown and one interception. Brandon Polk pulled in seven catches for 59 yards and one score, as he's found the end zone in nine straight games and 11 of the last 12. Dylan Stapleton also caught four passes for 48 yards.

Defensively, Dimitri Holloway led the JMU way, collecting eight tackles, a career-high 3.5 tackles for loss, and 1.0 sack. John Daka made 2.5 TFL, 2.0 sacks, and one forced fumble, and D'Angelo Amos a forced fumble and a recovery in the win. Mike Greene recorded a strip sack in the fourth quarter, while Ron'Dell Carter added another sack.

KEY MOMENTS
JMU grabbed a 7-0 lead over Northern Iowa after opening the scoring with 4:10 left in the first quarter. An Ethan Ratke field goal made it 10-0 at the half. Late in the game, Greene forced a strip sack at the one yard line and JMU capped off the game with an Agyei-Obese rushing score.

GAME FACTS
» JMU set playoff records for fewest points (0), total yards (114) and rushing yards (0) allowed.
» JMU converted 13 of 24 third downs while Northern Iowa was successful on just 2 of 12.
» The Dukes totaled nine tackles for loss and added five sacks while conceding 4.0 TFL and a sack.
» JMU dominated the time of possession battle 42:09 to 17:51.
» With Agyei-Obese going over 1,000 rushing yards tonight, 2019 is the first season in school history that JMU produced a 1,000-yard rusher and a 1,000-yard receiver in Polk.
» Will McElvain led the Panthers, completing 12-of-30 attempts for 114 yards.
» Aaron Graham was Northern Iowa's leading receiver, with 39 yards.
» Defensively, UNI was paced by Bryce Flater and Spencer Cuvelier, who has 22 and 21 tackles, respectively.

UP NEXT
JMU advances to the FCS semifinals on Saturday, Dec. 21 where it will meet either third-seeded Weber State or sixth-seeded Montana. Kickoff for the game at Bridgeforth Stadium is TBD and will be decided following tomorrow's final quarterfinal.