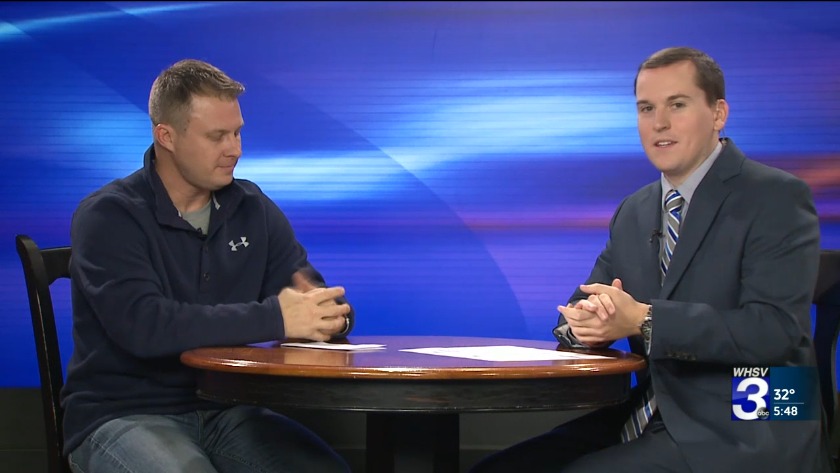 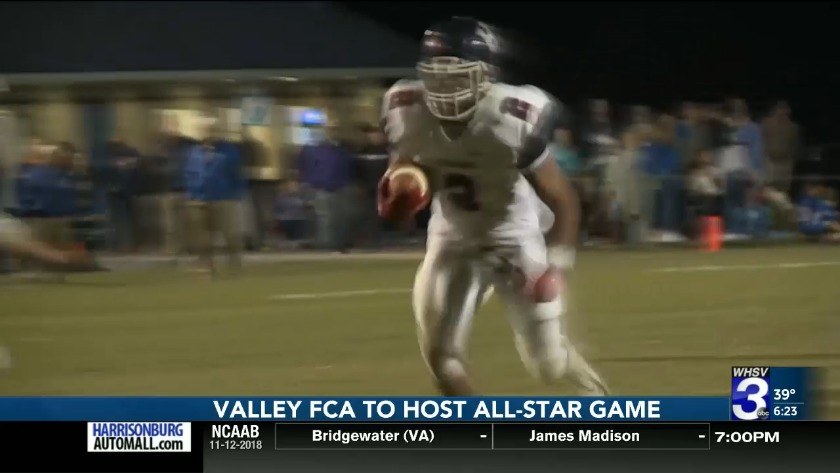 More than 80 football and cheerleading seniors from 18 high schools in the Valley District, Shenandoah District and Bull Run District have been nominated to participate.

“We are excited to be hosting this All-Star football game that spans five counties to celebrate unity in our greater community,” said Valley FCA Area Director Jason Stuhlmiller. “We have been dreaming about this event for the past couple of years.”

Football coaches from each participating school voted for Donnie Coleman (East Rockingham High School) to coach the Shenandoah team and Dale Shifflett (Spotswood High School) to coach the Valley team. All-Star players were selected by the two head coaches, two additional head coaches in the district, and a panel of four media members from the Shenandoah Valley. Practices leading up to the game will be held at Bridgewater College.

The football game will be the inaugural event for the Valley FCA All-Star Series, which plans to expand into different sports. Premier event sponsors for the game include WHSV, Zopp Family Dentistry, and Bob Wade Auto World.

“Coach Lutz came to me two years ago and shared that this was a need in our community and that he thought FCA could pull it off,” Stuhlmiller said. “We have been working diligently for years to continue to unite our region’s athletes and coaches, and this all-star game is a great opportunity to bring our high school communities together for a special afternoon.”

Tickets for the Valley FCA All-Star Series Football Game can be purchased in advance at www.valleyfca.org/football or at the gate on gameday. Gates will open at 1 pm at JMU’s Bridgeforth Stadium. A portion of the game proceeds will be returned to each school’s athletic program.

For more information or for media inquiries, contact Jason Stuhlmiller at 540-607-0831 or jstuhlmiller@fca.org

About Valley FCA
The mission of Valley FCA is to lead every coach and athlete into a growing relationship with Jesus Christ and His church. Led by Area Director Jason Stuhlmiller and a staff of FCA representatives, Valley FCA serves James Madison University, Bridgewater College, Eastern Mennonite University, 35 high schools and middles schools in the region. Valley FCA offers all athletes in the Shenandoah Valley an opportunity to unite in the gospel through small group Huddles at each school, sport camps throughout the summer, and special events like the Valley FCA All-Star Series. Since 1954, FCA has been challenging coaches and athletes on the professional, college, high school, junior high and youth levels to use the powerful platform of sport to reach every coach and every athlete with the transforming power of Jesus Christ. FCA focuses on serving local communities around the globe by engaging, equipping and empowering coaches and athletes to unite, inspire and change the world through the gospel.