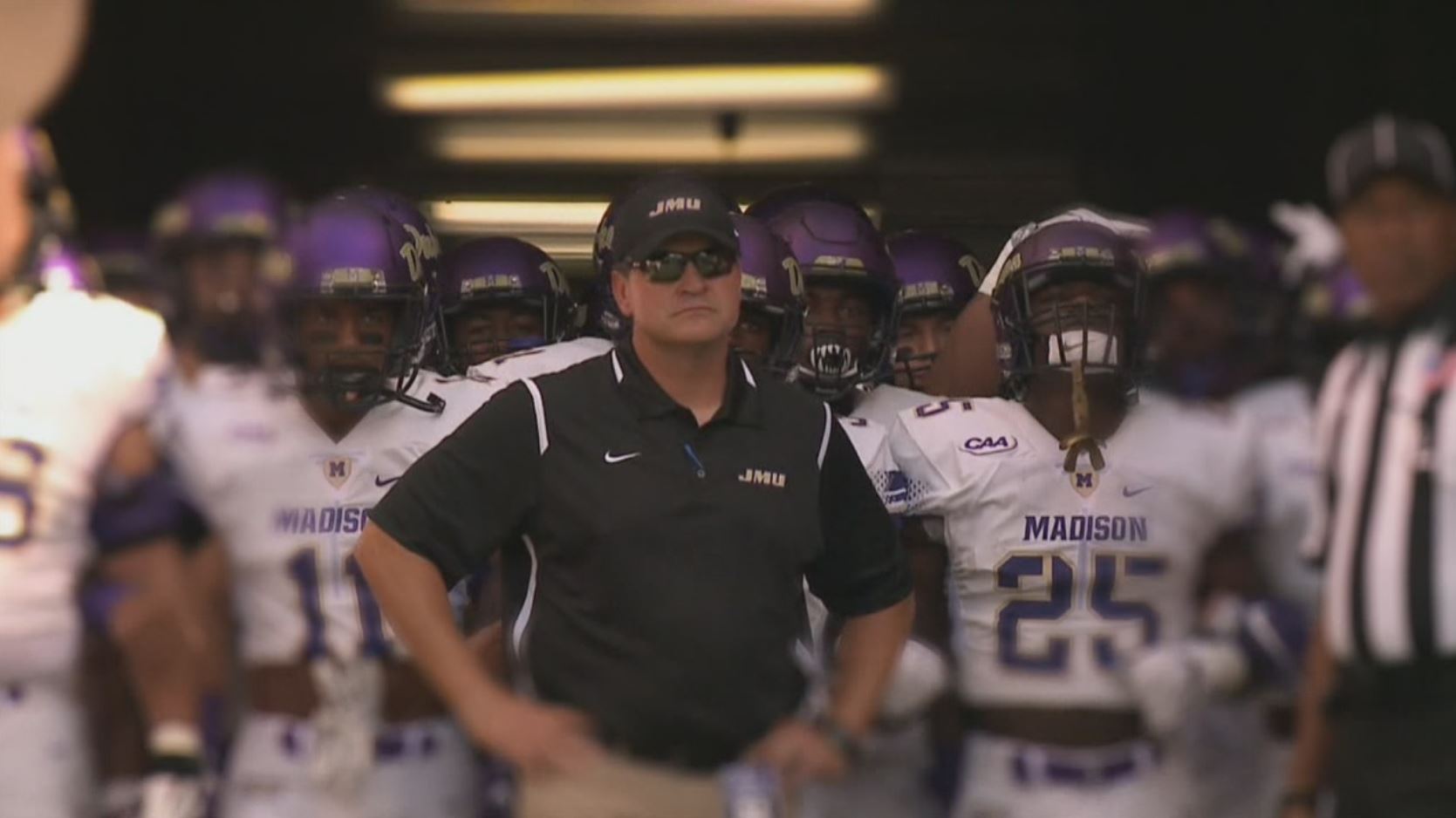 The Road to Frisco - Full Show 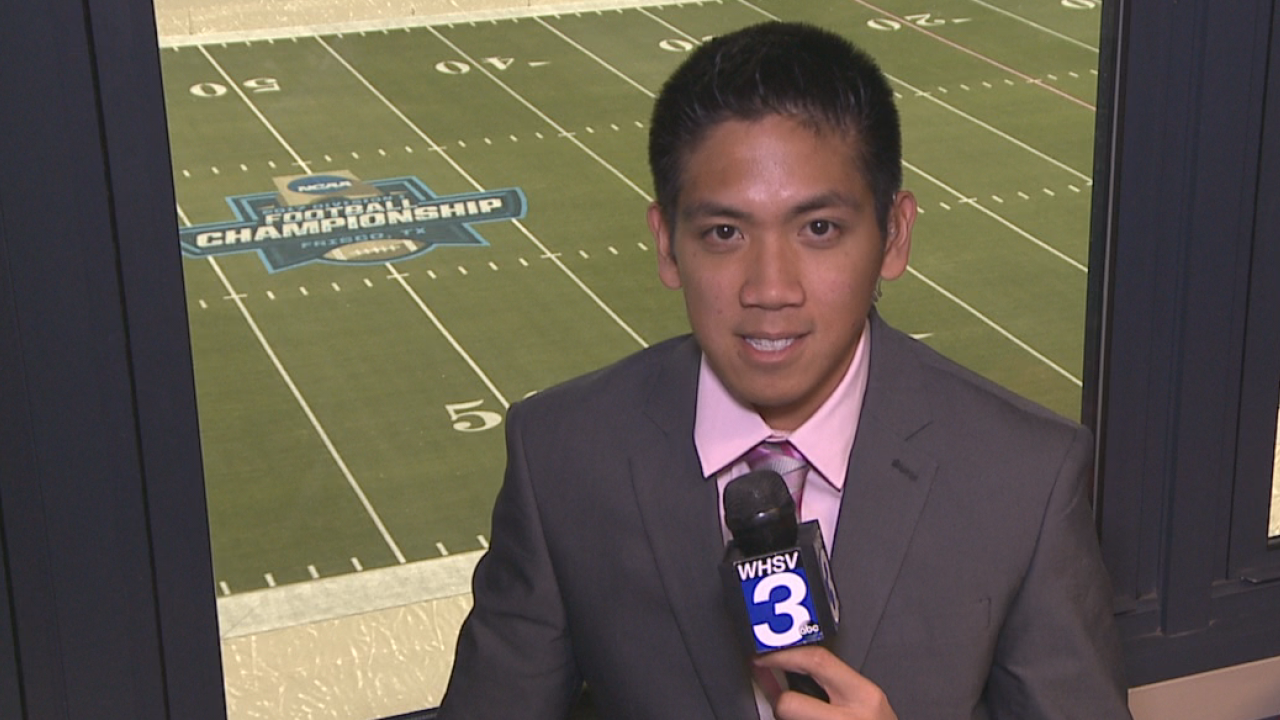 The Road to Frisco - Museum Tour

The Road to Frisco - JMU Merchandise

The Road to Frisco - Countdown to Kickoff

The Road to Frisco - Stadium Tour

The Road to Frisco - One Final Test

The Road to Frisco - 2004 Championship

The Road to Frisco - History of Frisco

The Road to Frisco - Media Day

The Road to Frisco - Culinary Tour

The Road to Frisco - Media Day in Frisco

The Road to Frisco - Local Ties

The Road to Frisco - A Cold Welcome

The Road to Frisco - Fans Set Out to Game

The Road to Frisco - Kloosterman on the Big Stage

The Road to Frisco - Chasing History

The Road to Frisco - Brian Crist

The Road to Frisco - Media Day

Road to Frisco - JMU Departure (from 6)

JMU Dukes Dusting Off the Rust

JMU Football - A Tribute to the Seniors

JMU Football - Kicking the Dukes to the Final

SERIES HISTORY
The Dukes and Penguins are not regular foes, having not played in a decade. Saturday marks the fifth meeting all-time, with YSU leading 3-1.

Prior to the 2006 meeting, the programs met in three straight years from 1990-1992. After Youngstown won the first meeting in Harrisonburg and second in Youngstown, the Dukes captured a 52-49 triumph at YSU on Sept. 26, 1992 for their only win in the series.

It is also JMU's second straight game against a Missouri Valley Football Conference foe. The Dukes have never faced a MVC team not named Youngstown State or North Dakota State.

The Penguins average 28.5 points per game while allowing 19.4 per outing. Over the last five games, YSU has averaged just over 42 points per contest, including 37 points on average in the four playoff wins.

Youngstown boasts a strong rush defense, allowing under 130 yards on the ground per game, helping it rank ninth in FCS in scoring defense. It is also ninth in sacks per game, averaging 3.1. YSU's rushing offense has been stellar too, ranking seventh with an average of nearly 260.

Jody Webb is the ninth-best all-purpose player in America, averaging 160 yards per game. He averages 6.14 yards per carry. Martin Ruiz and Tevin McCaster have combined for 23 touchdowns, while Webb and Ruiz have both gone over 1,000 rushing yards.

Bo Pelini is in his second season at the helm, garnering a 17-9 record with the Penguins. Prior to YSU he spent seven years at Nebraska where he went 66-27.

DOWN GOES THE BISON
It was fitting that North Dakota State's 22-game playoff win streak, which began with a 2011 second-round win against JMU, ended at the hands of the Dukes. That was the case on Dec. 16 when JMU walked out of the electric Fargodome with a 27-17 victory, thus advancing to the national championship game for the second time ever.

The win, JMU's 11th straight this year, put a halt on the Bison's drive for a sixth straight championship and ended NDSU's undefeated win streak at home in the postseason. It was the Bison's first loss all-time in the FCS playoffs at home in 19 games.

Khalid Abdullah rushed for a game-high 180 yards and added 51 receiving yards and a touchdown, while Bryan Schor threw for 242 yards and three touchdowns.

After NDSU rallied from a 17-0 deficit, Tyler Gray hit a career-long 45-yard field goal - the longest field goal in JMU playoff history - to give the Dukes a 20-17 lead with 11:46 to play. Following a JMU defensive stop, Abdullah ran 55 yards to put the Dukes in scoring position. Three plays later, Schor connected with John Miller on a 25-yard touchdown to make it 27-17 with less than seven minutes to play.

WINNING IN FARGO NO EASY TASK
JMU's win at top-seeded NDSU grabbed the attention of many around the country and the numbers speak volumes of how difficult it is to win there.

Arguably the loudest venue in FCS football - no lie, it's deafening - JMU snapped the Bison's 18-game FCS home playoff win streak, becoming the first team to eliminate NDSU on its home field. The streak of 18 began with a 2011 victory over JMU, ironically.

The Bison had also won 22 straight playoff games dating back to their first title run in 2011 and it was the first time in 46 games that a non-conference opponent defeated NDSU in Fargo, dating back to 2003. JMU also became just the fourth top-10 team to win in the Fargodome in 20 tries all-time.

The only team to go unbeaten against the FCS this season, the Dukes tied the program record for most wins in a season, as they finished 13-2 in the 2004 national title year. JMU is also 5-1 on the road this year (5-0 vs. FCS), which is second all-time to its 7-1 mark the year they won three straight playoff road games to make the national title in '04.

BACK IN CENTRAL TIME ZONE
JMU is leaving the Eastern time zone for the second consecutive game to play Youngstown State for the national title. Leaving the East Coast is not something JMU does too often, however, the majority of those trips have occurred in recent years.

SEVEN ALL-AMERICANS
JMU's historic season does not go without high honors for individuals, as the Dukes produced seven All-Americans across multiple outlets. Mitchell Kirsch is a five-time All-American, followed by four-time All-Americans Khalid Abdullah and Rashard Davis. Taylor Reynolds collected a pair of All-America accolades while Raven Greene, Bryan Schor and Aaron Stinnie each notched one.

In the most recent All-America team release, the Dukes tied a program record with seven on the HERO Sports FCS All-America Teams. That number tied for the most JMU players on a single All-America squad.

KHALID SURGES UP RUSHING LISTS
Khalid Abdullah's special season continued in the FCS semifinals with an impressive 180-yard performance. Following the NDSU win, Abdullah ranks second all-time at JMU in career rushing and is third in single-season rushing yards. He has rushed for 3,577 yards, second only to JMU Hall of Famer Warren Marshall (4,168).