Could an Earthquake Happen in the Valley? 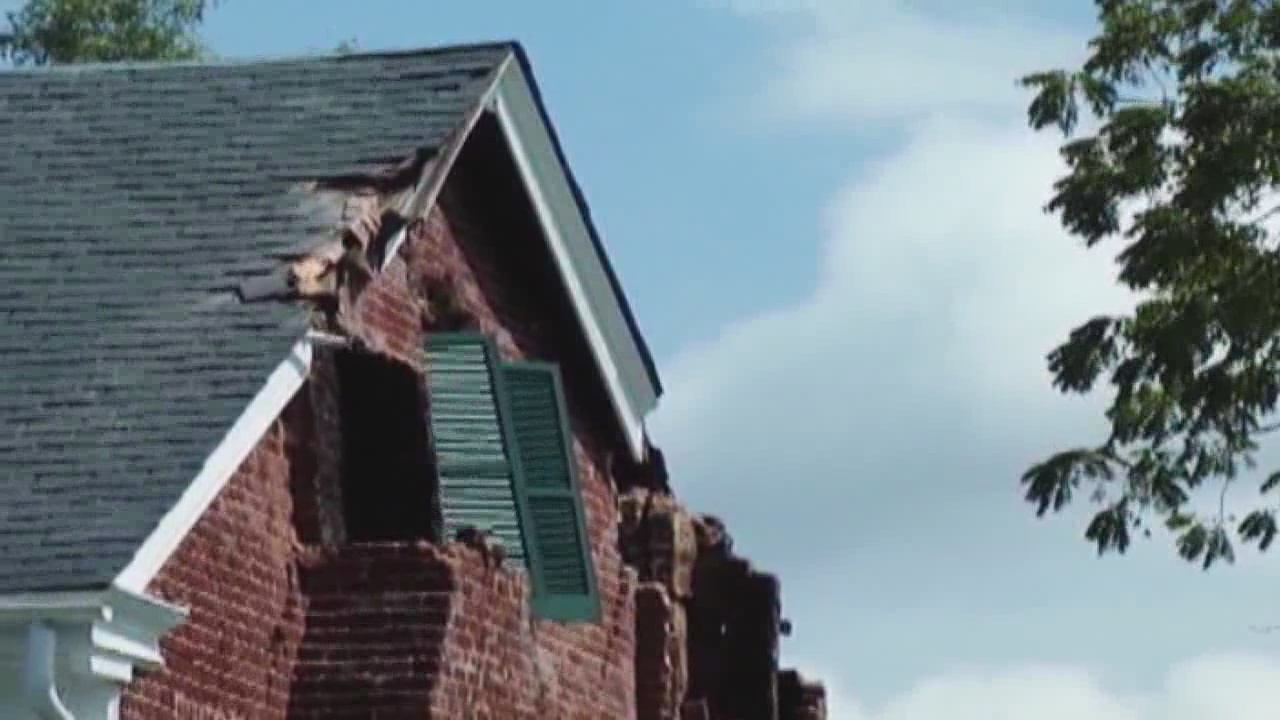 Could Virginia be hit with another large earthquake? 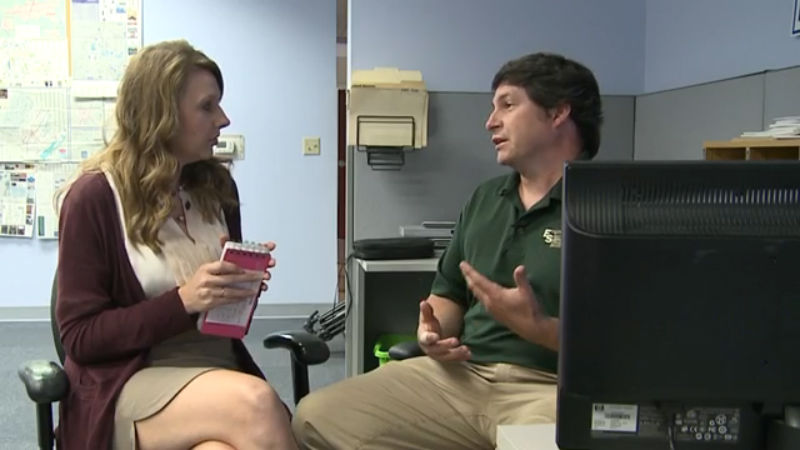 Do Possible Earthquakes Impact Building Designs in the Valley

HARRISONBURG, Va. (WHSV) -- A new risk assessment released by the U.S. Geological Survey warns that 42 states are said to have at least some potential for earthquakes within the next 50 years, this including Virginia.

A look at the difference in damage from the 5.8 quake in Louisa County to the 6.0 quake in Napa, Ca.

An earthquake is something most people on the East Coast don't expect to experience; however, one did happen three years ago. The Virginia quake that hit Louisa County, in 2011 was a magnitude 5.8 on the Richter scale.

Although it was close in magnitude to the 6.0 quake that recently struck the Napa area in California, the damage was very different.

"So I've got two balloons, and if this one is the Mineral quake, at about a 5.8, that would be the sort of energy released. But if I have a 6.0, there's a lot more energy released," explained Pyle.

He said the two-tenths-point difference is roughly double the energy, which can be visibly seen by the differences in damage between Mineral and Napa.

There are even fault lines running through the Valley. The Staunton Pulaski fault line runs from south to north, right through Staunton. And it's not the only fault line in the Valley.

There are also a fault line in Bergton, which runs parallel to the Blue Ridge Mountains, which is why the Louisa quake was felt from Canada to Georgia. The energy from the quake traveled through the mountain ridge-lines.

"So each of these balloons is representing a different body of rock, and they're all locked together, I'm gonna turn one of these balloons, and I'm turning it but then I get a little, crack sound and that's the earthquake," continued Pyle.

Pyle also said that although we are more likely to have weaker earthquakes, the problem lies in the infrastructure on the East Coast.

"There would be impact, particularly since the buildings here are not built like they would be in California, to compensate, to take up some of that energy," said Pyle.

Dr. Justin Brown just recently moved to the Valley from California and stressed the importance of Virginians knowing what to do during a quake.

"All of a sudden, the ground shakes, what do you do?" asked Brown. If you answered "run to the nearest door frame," you'd be incorrect.

"But this exactly what you shouldn't do, the next time an earthquake strikes; what you should do is get underneath a sturdy object, cover your head, and hold on," explained Brown.

You may not be concerned with your house caving in, but we all have large picture frames, ceiling fans, cabinets, or large lights.

"Those objects are ones that can actually crash on you when, you are asleep for instance," said Brown.

If you don't have anything you can crawl under, just make sure you can get down, and cover your head. This way you protect yourself from falling large objects.

April Kelly is a student working with Brown to map the exact locations of active, and inactive fault lines in Virginia.

"So that we can predict where earthquakes will occur in the future. Hopefully by predicting where they will occur, we will be able to protect houses on the fault lines, and a water tower and things like that, or a school, a hospital," said Kelly.

"The things that we can forecast are where earthquakes are supposed to occur. We don't know when, and that's a very big problem to have," said Brown.

What you can do is be prepared. It's simple to have a plan, and to know what to do the next time a quake strikes.

Map of all recorded earthquakes and known fault in Virginia (Credit: Va. DMME)

Click here to view an interactive version of this map

What's the difference between the Richter and the Modified Mercalli Intensity Scale?