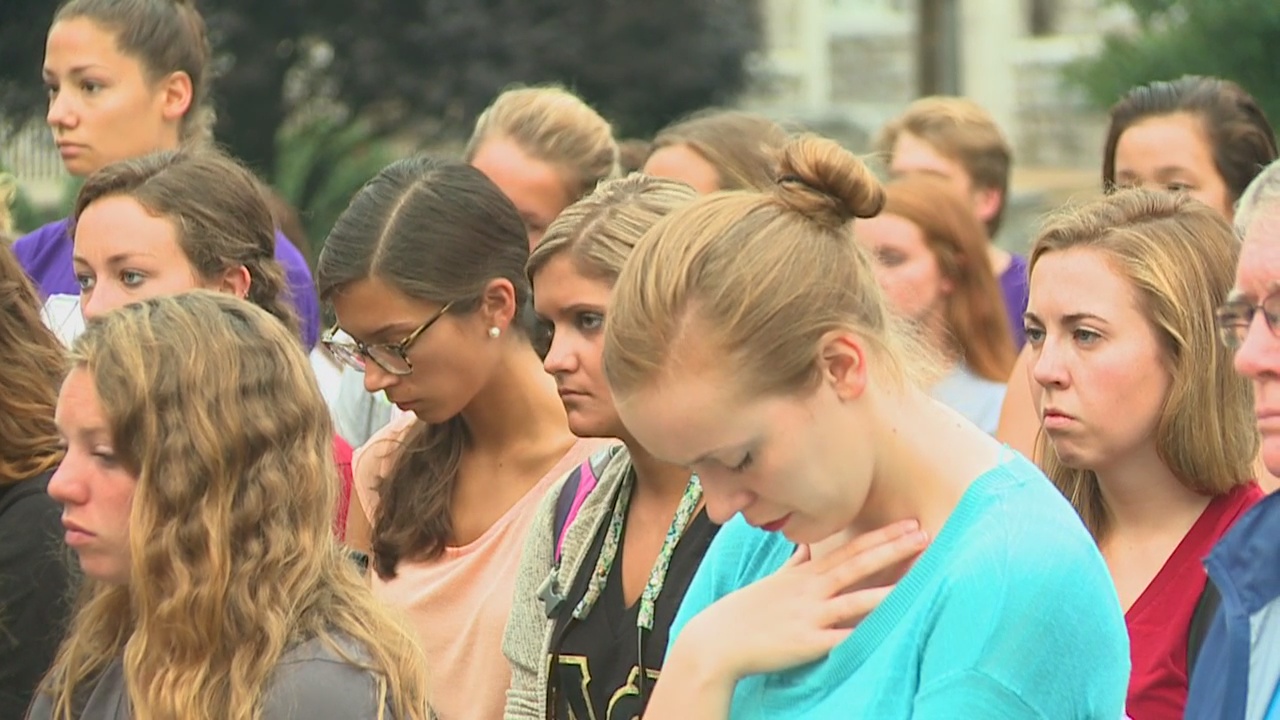 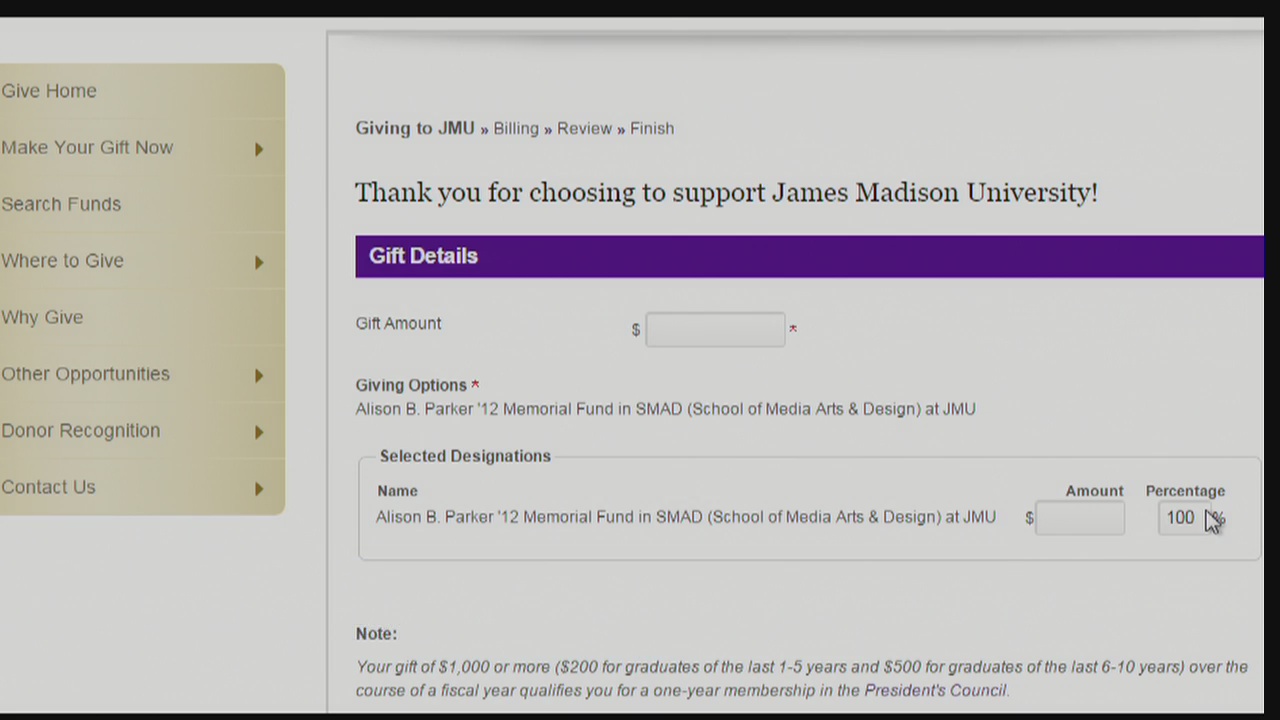 Parker and her cameraman, Adam Ward, were murdered last week at 6:45 a.m., which is when the vigil began with a moment of silence at that time.

Parker was both a JMU graduate and former WHSV intern.

"It was just really nice to see that many people here. People who knew her, but also people who didn't know her and were just coming out to support everyone," said Brad Jenkins, the general manager of The Breeze, the student newspaper that Parker worked for while at JMU.

One reason she will be remembered is for her personality.

JMU President John Alger, who met Parker before he even started working at the university, shared this message with the community, "We share together. We learn together. We grieve together as a family this morning. She cared very deeply about this university and the people in it. And that is a great exemplar of who we are and what we do as a university family."

Dr. Roger Soenksen, who teaches in JMU's School of Media Arts & Design, recalled his initial reaction when he heard the news last week, "To be very honest with you, I just sat. I didn't know. I couldn't come up with words. I couldn't keep myself composed. In all my years of higher education I've seen a lot of different things. I've never been hit this hard for such a prolonged period of time by the news of Alison's death."

A memorial fund has been set up in Parker's honor and has already received more than $70,000.