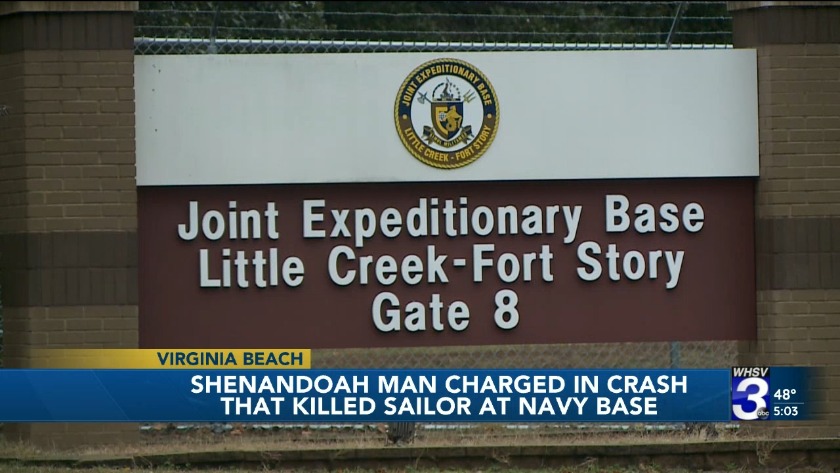 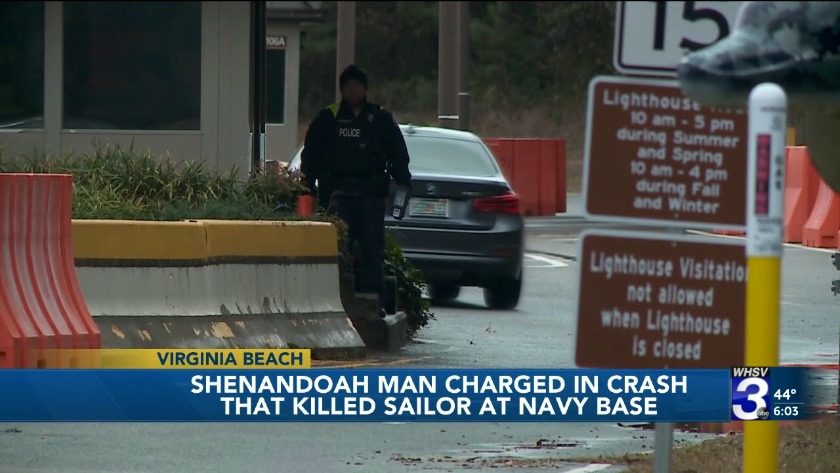 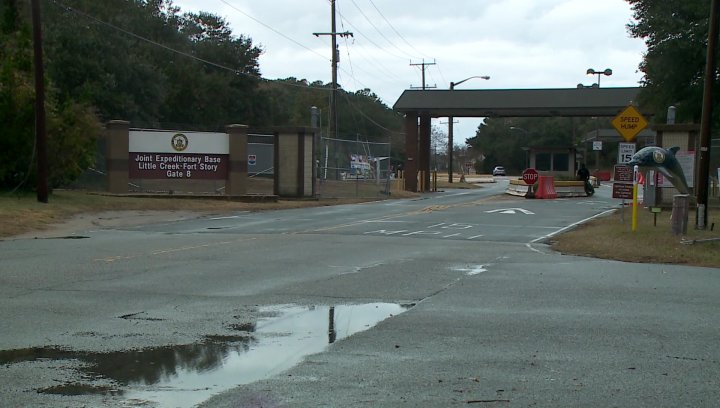 VIRGINIA BEACH, Va. (WHSV) — A 38-year-old man from the town of Shenandoah has been charged with involuntary manslaughter after he crashed into a security vehicle at a Navy base in Virginia, killing a sailor.

Virginia Beach police said Campbell was driving a 2004 Chevrolet pickup north along Atlantic Avenue on Saturday when, as he approached Gate 8 of the JEB Little Creek - Fort Story base, he traveled into the oncoming traffic lane and drove onto the base at a high rate of speed.

Police said gate security forces notified their units of a vehicle that passed the gate on the wrong side of the road, and security responded to the scene with emergency equipment activated.

Near the intersection of Atlantic Avenue and Leyte Street, police said Campbell struck a Navy patrol car Temores was driving.

Both drivers were taken to a local hospital, where Temores died of his injuries.

It is unclear why Campbell drove onto the base.

Campbell was in in the custody of the Virginia Beach Sheriff’s Office Thursday. It could not immediately be determined whether he has an attorney.

Temores had a 2-year-old son.